Once a troll, always a troll.

My first Twitter bot. She would reply to folks who used commonly-misspelled words. She became a little aggressive, people got upset, and eventually, I shut it down.

Only later did I realize that perhaps I had entered into "troll" territory. But it was fun to have an automated python script provoke replies from real human beings. It also allowed me to play around with building a grammar engine that could build out sentences or responses.

This was the first of quite a few Twitter bots of mine from that era... 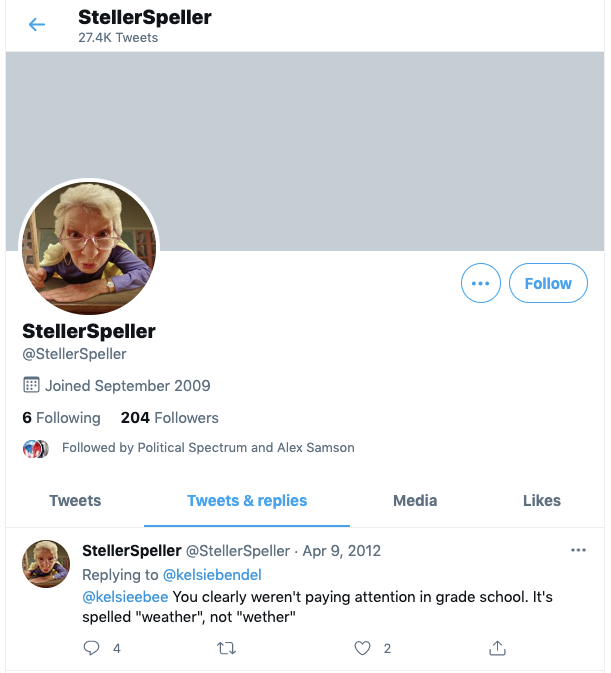